Sumiotoshi and Kirikaeshi are types of Zemponage ("forward throw"), which involve changing uke's direction and throwing them back where they came from.

In Ki-Aikido, this technique is usually refered to as Kiri-kaeshi (切り返し, "cutting back"). This refers to sending uke back to where they came from with a cutting motion.

(NB: this is not to be confused with kirikaeshi in sumo, kirikaeshi in aikijujutsu or kirikaeshi in kendo, which semantically have the common element of "cutting back", but are technically completely different from kirikaeshi of aikido.)

Obviously, there are always different interpretations of the same principles.

Detailed explanation and demonstration of Sumi-otoshi by Kyle Sloan.

Sumiotoshi was adopted in aikido due to several aikidoka - most notably Kenji Tomiki (1900-1979) - having close connection with judo in the late 1920s and early 1930s. Also Morihei Ueshiba studied judo techniques in order to develop counter techniques against judo techniques.

...by Rami Freiha and Colin Staples...

...and by Hitoshi Nakai. 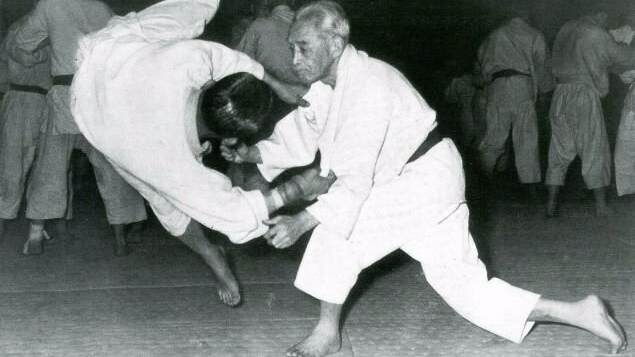