A detailed discussion on Hiki-otoshi by Nick Lowry. 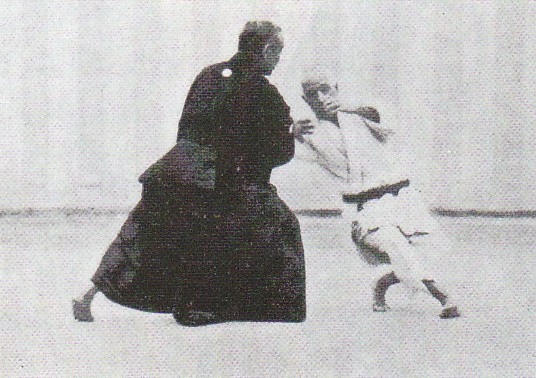 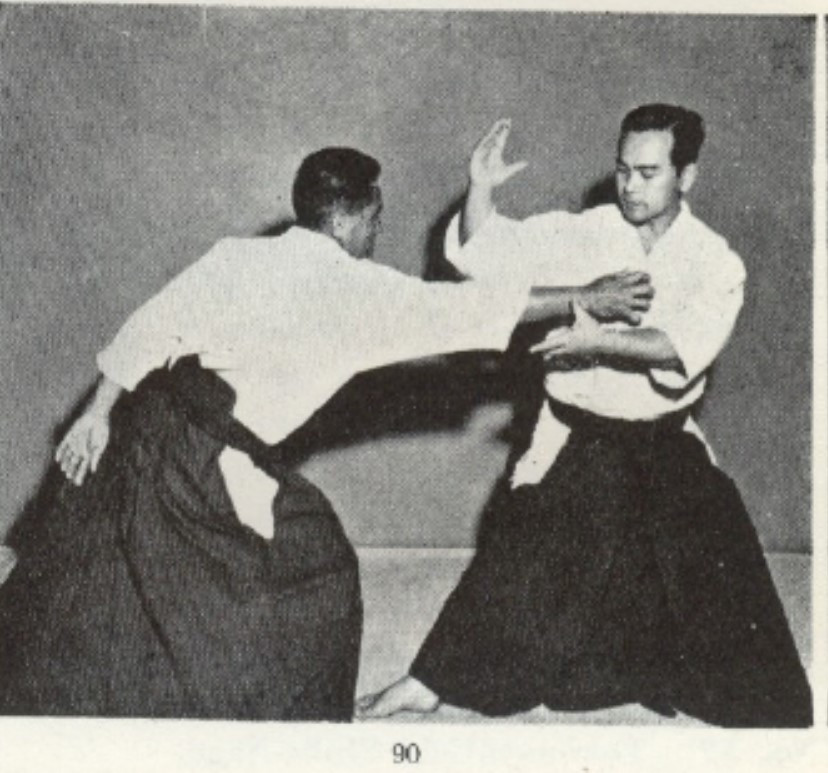 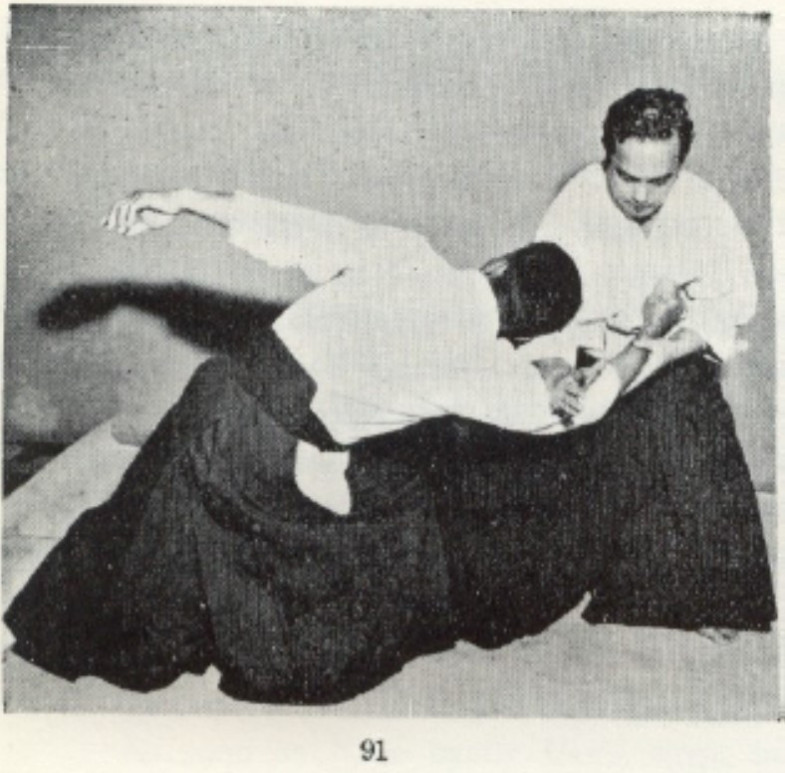 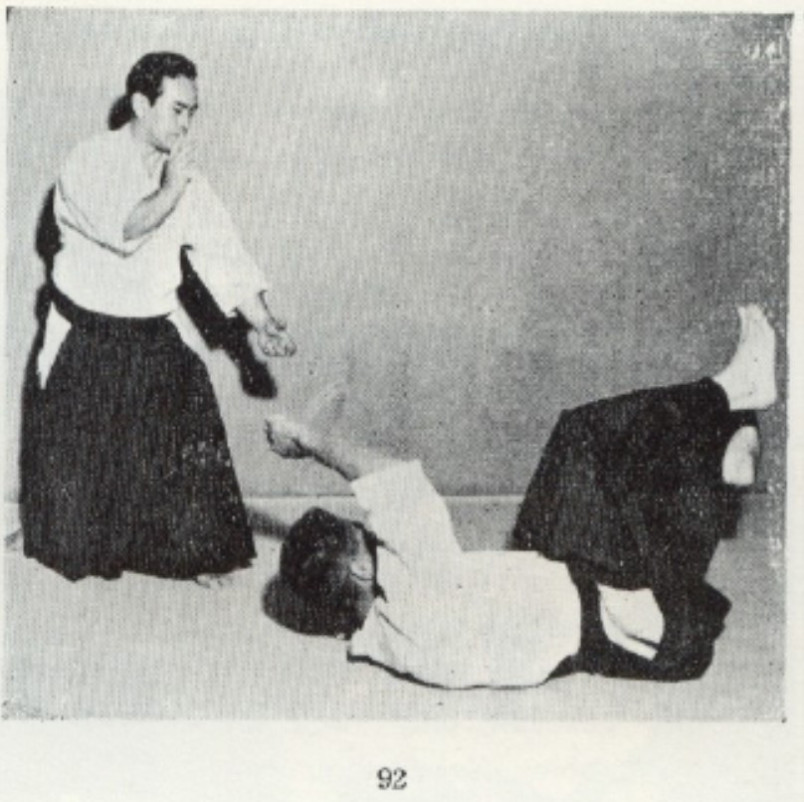 The governing principle behind this type of techniques is Hiki-otoshi (曳き落とし, "pulling drop").

Hiki-otoshi originates from Kito-ryu Jujutsu and is still part of judo's Koshiki-no-kata.

"[Jigoro] Kano Shihan highly evaluated the forms of Kito-ryu Jujutsu as they represent the essence of attack and defense. Therefore, he left the forms as Kodokan Koshiki-no-Kata, with little changes." (>Kodokan.) The movements may look peculiar, because they were intended to be performed in full armour of feudal ages.

"Special features of 'Hikiotosu' include
moving backward while arcing downward and
sitting down swiftly to drop one’s body weight. Hikiotoshi is applied without a direct use of the
hip as a fulcrum on which to tip the opponent,
but with both centripetal and centrifugal force
arising by body movement [instead]" (Shishida 2008: 5).

Morihei Ueshiba studied Kito-ryu jujutsu and judo techniques in the 1920s and 1930s in order to develop counter-techniques against judo attacks. Hiki-otoshi was apparently one of his favorites. (Shishida 2008.) Indeed, many throwing techniques of Ueshiba's Aiki-Budo (later entitled "Aikido") seem to apply this principle.

Compared to the judo kata above, and as a rule, Ueshiba breaks uke's balance before uke can get a good grip of him.

Koshiki-no-kata by Shiro Yamamoto and Midori Chiba. Hiki-otoshi is technique nr. 6 at [02:50].

Ueshiba performs a hiki-otoshi technique, which includes cutting the back of uke's head with te-gatana (手刀, "hand-blade"). This is likely to be behind the term Kiri-otoshi (切り落とし, "cutting drop"), which is sometimes used with related techniques in Ki-Aikido. (Kiri-otoshi in kenjutsu is discussed further below.)

In the pictures below, Koichi Tohei performs a Kiri-otoshi. In this version the cut is directed to ukes arm instead of head.

"When someone wants to sit down and his mind is on the chair he is about to sit on, and that chair is unexpectedly pulled back, he will fall to the floor. If the chair is taken away too soon, he will notice that fact and stop himself in time, but if he has set his mind on sitting and the chair is taken away, he cannot stop his action midway, so he takes a tumble." (Tohei 1961: 109-110.)

Tohei, Koichi (1961) Aikido - The Co-ordination of Mind and Body for Self-defense. London: Souvenir.

Kiri-otoshi has another meaning in Itto-ryu kenjutsu sword schools, in which kiri-otoshi (切り落とし) simply refers to cutting down along the opponents center line.

Kiri-otoshi is explained in this article: "Ono-ha Itto-ryu’s “kiriotoshi”: An “invincible” technique, born in the battlefield" by Satoshi Tatewaki (Hiden 2012).

An introduction to the Kiri-otoshi by Shiina Kazue, headmaster of Hokushin Itto-ryu.

Goten no Kata of Ono-ha Itto-ryu.