Kokyunage (literally "breath throw") is not a technical form as such, but a principle without which it is virtually impossible to do a technique with a bigger and stronger opponent. Kokyunage combine relaxation, breathing, rhythm and timing, and relate them to instinctive reading of the situation.

"Reading the situation" is much like riding a bike or driving a car in traffic. You don't concentrate on your every movement, but only do the necessary actions in order to get safely to your destination. If an obstacle occurs, you will find a way around it in an instinctive manner without prior planning or concious thought. This applies to both small and large scale things.

It is better to be proactive rather than reactive. If you wait and only react to your opponents movements, you will be always late. It is better to take the initiative and thus decisive role in a situation.

Every technique is a combination of one or several of these basic principles.

Tenkan (turning) to the side of the opponent. 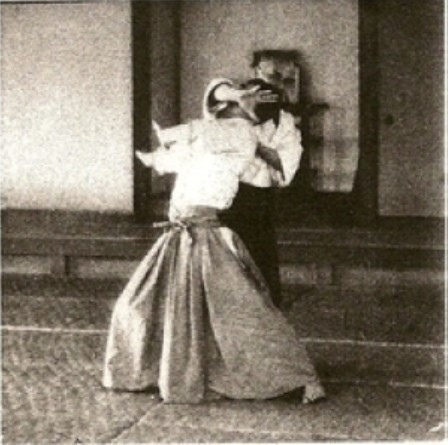 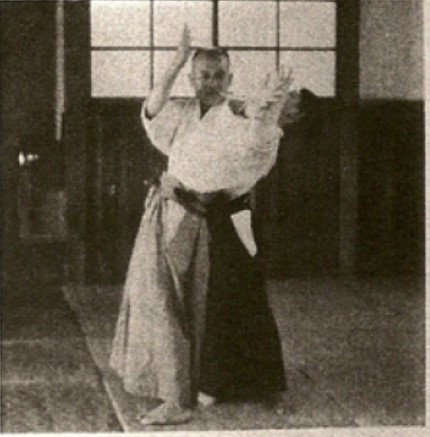 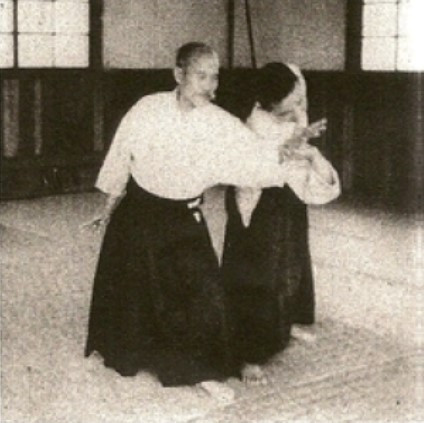 "Irimi" and "tenkan" describe movements from the perspective of your own mind and body (i.e. your Ki). "Irimi" means that your move forward decisively, and cut the Ki of the opponent. "Tenkan" simply indicates that you turn your mind and body completely (180 degrees). Specific footsteps or choreographies are irrelevant for these concepts - bodily movements always depend on circumstances.

"Omote" and "ura" describe techniques from the opponent's perspective. They are old and purely physical descriptions on whether a technique is executed in the front or in the backside of the opponent.

In many martial arts, the attacker is referred to as "uke" and the one who is executing a technique is called "tori". These roles are essential for aikido practice.

Neutralising the attack by redirecting its force is a fundamental element of aikido techniques. Without an attack it is not possible, nor is there any reason, to do any technique.

In short, uke's job is to provide tori with a decisive and continuous attack. Meanwhile uke needs to protect oneself and try to get in a better position in order to attack again. In case tori collides with ukes force, uke should naturally resist tori's actions.

This is the basic principle, which should be always maintained with all attacks. However, speed and power of the attack can, and should, be adjusted based on the practitioners' level of experience and the type of practice form. 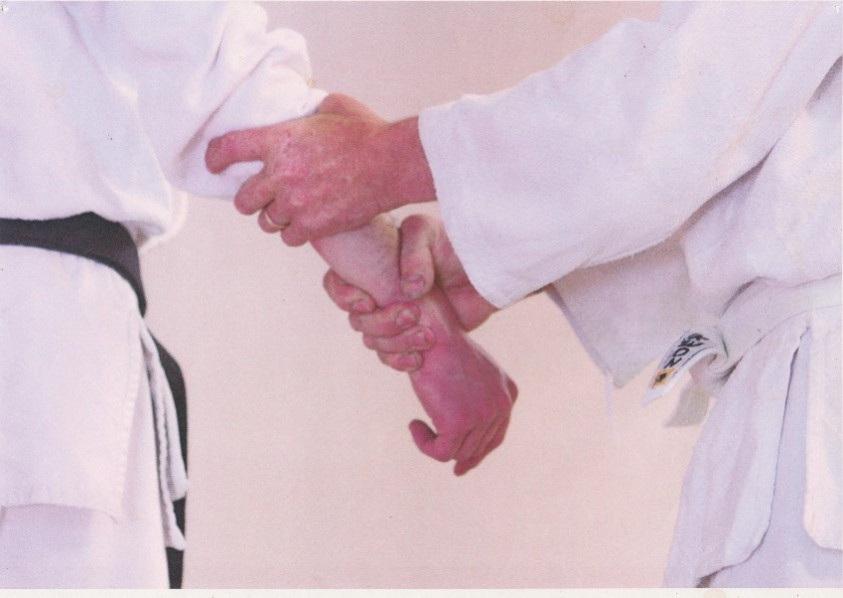 Ryotemochi (grip with both hands).

Because uke always resists collision, tori can manipulate uke's reactions to a desired effect and direction.

For example, in the video below, tori does not push ukes arm down with force, because uke could easily resist this by pushing in the opposite direction. Instead, tori releases his push, fixes the relative position of his own hands, and softly and decisively drops down his right elbow. In this way tori gives uke false information about his inteded direction, and manipulates uke to release the tension in the resisting arm. All this happens in a fraction of a second.

Note that tori's left hand is not pushing down uke's elbow. Tori only keeps contact with uke's elbow and follows it down without pushing at all. In this way uke gets confused for a moment, and resisting in the wrong direction, de facto pulls down his arm himself.

The most common issue is that we tend to perceive problems more clearly than anything else. Attack is a problem which usually steals all our attention and causes us to forget that most of our body is completely free to move.

It is most important that you don't fight uke for the same territory uke is controlling, but always move from any other place instead.

Quoting Sun Tzu (Ch. 6), all warfare is based on deception. You cannot be easily defeated if the enemy does not know which line you are defending.

Sun Tzu's Art of War with commentary and crossreferences.